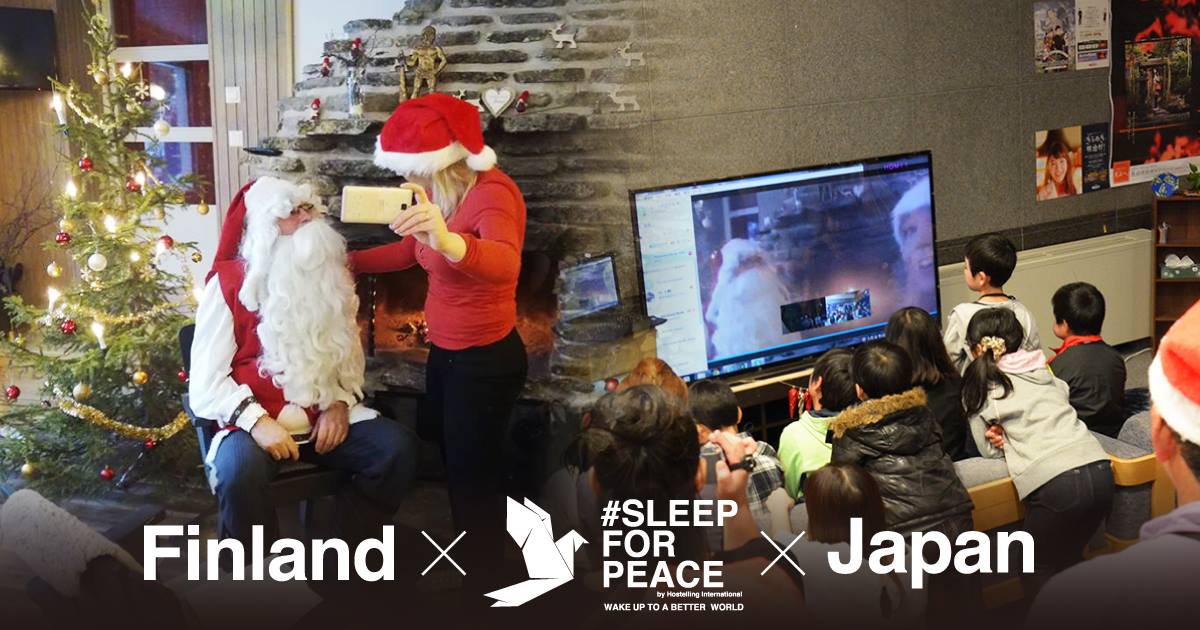 When you were a child at Christmas, you wonder why ”Santa Claus knows what I want” or ”How does he come to the house?” On December 2, 37 children and 24 mothers living in Aichi and Tokyo in Japan were fortunate enough to ask questions directly to Santa Claus.

This event was part of the free invitation program for single parent families using the donation money collected through the charity program “Sleep for Peace” organized by the Japan Youth Hostels, Inc and eight directly-managed facilities on September 21 to 27. The children did not know the contents in advance and the event suddenly started during the Christmas party.

The staff encouraged children to gather at the lounge of the party venue. When they saw the snowy landscape showed on the large screen, they gave a surprised voice. Soon, they were more surprised that the image was a live broadcast from the Finnish region of Lapland where Santa Claus lives. This picture was taken by Mia Lepaus’ smartphone working at a Finnish youth hostel, Ylläs / Äkäslompolo – Kuerkievari, and streamed to Japan through Skype. 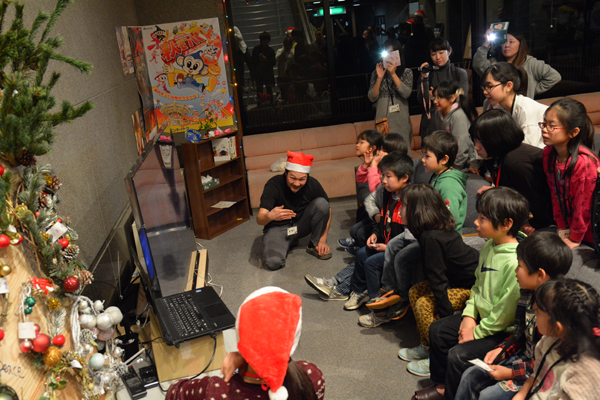 While Mia was walking in the snow, a red house became visible in the distance. She entered the warm room and explained using the map how far apart Japan and Lapland were. After that, she moved to the back room and Santa Claus, with his white beard, sat in front of the fireplace. The children raised their voices at the same time, ”Santa Claus!” ”Is he the real thing?” Mia translated Santa Claus’ words into English, and Mia’s words were translated into Japanese by the staff of two youth hostels. 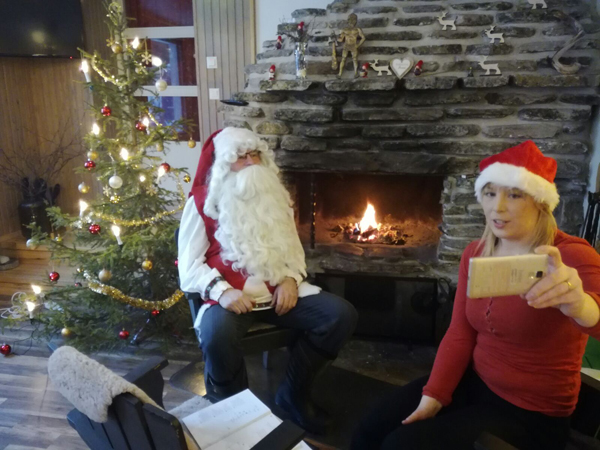 During this, there were requests from children ”There is something I want to ask Santa Claus.”
”What does Santa do during the summer?”
”Why are you wearing glasses?”
”How do you know what I want?”
”How do you make toys?”
”How do you get into my house?”
Santa Claus politely answered all of these lovely questions. Every time the answer was translated into Japanese, the venue gushed and smiles overflowed. The face of the children who asked questions seemed to be proud.

Although this surprise event only lasted about 15 minutes, we were able to obtain a high degree of satisfaction and it was considered as an impressive program in the questionnaire for adult / child participant.

This idea of a surprise was thought of during brainstorming around the theme of ”Giving children unforgettable memories of Christmas” with Patricia Letarte of HI Programmes, Standards and Sustainability team during the marketing forum held in Seoul. After this idea was transmitted from Patricia to HI Finland, it was transferred to Marikki Lepaus, Mia’s mother and manager of Kuerkievari, and sent to Santa Claus living in Lapland. I am delighted that I shared a small idea with the staffs who were on the opposite side of the planet and brought excitement to the children.